Centro Historic from T’hó to Now

Merida was founded in 1542 on the site of the Maya town T’hó, which was also called Ichkanzihóo (City of Five Hills).  Many of the buildings in the historic center were constructed with ruble from the pyramids and structures of T’hó. You can see some of these stones in the Cathedral walls. There are no buildings surviving from the 16th century as far as I know.  There are haciendas and a few houses  it town from the 17th century.  Most of the impressive mansions you see in the historic center today date from the 18th and 19th century. These are houses most often referred to as Colonial.  In fact the colonial period in the Yucatan ended soon after independence in 1810.  In fact this ornate period in Mexico is better known as Porfirio for the seven term president of Mexico.  This period ended with the Mexican revolution in 1910.  Many of the largest homes and municipal buildings in Merida date from the boom years of the henequen era 1880 to 1815.  The best way to enjoy these buildings is to take a buggy ride from the Main Square up calle 60 to Montejo and back.  Now you are traveling at the pace and height from which you can enjoy the architecture to the fullest degree. 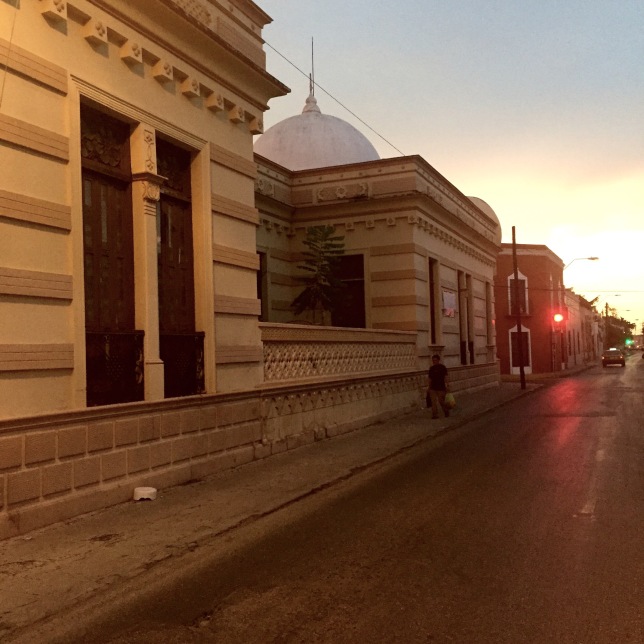 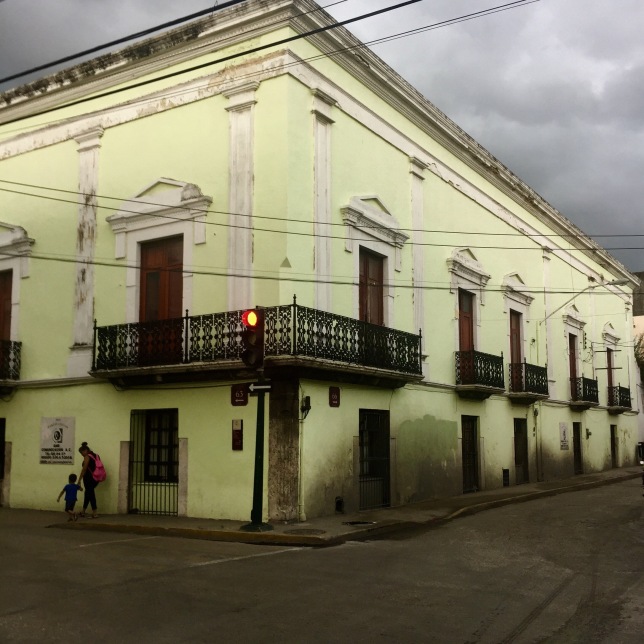 a corner on calle 66 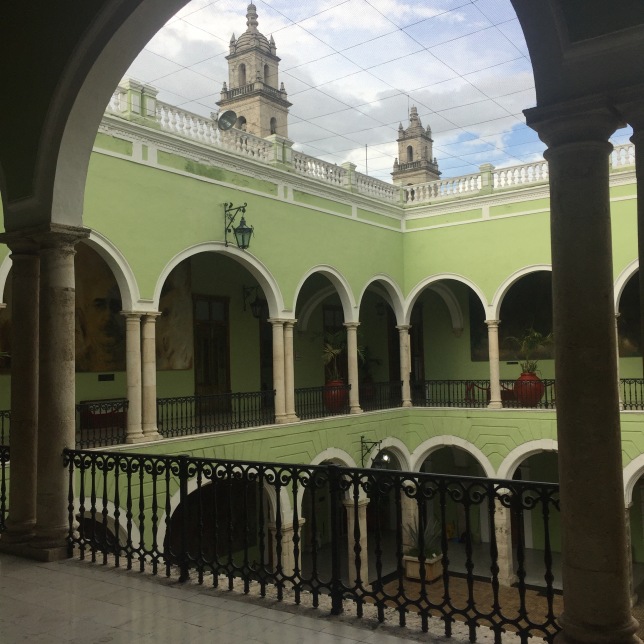 calle 63 with view of the Plaza Grande

The older houses had more modest facades.  With the wealth that come from the henequen the Hacienderos took off for Europe and came back with architects and sometimes the marble floors, ornaments and staircases.  Sometimes they came back with new furnishings and new wives.  The fashion for French and Italian Belle Epoque replaced the simple austerity of the Spanish Colonial period.  I have always lived in the Barrio of Ermita where you cans till find an old ruin or two from the 17th century.  In the more fashionable neighborhoods to the north most all of these houses would have been renovated or replaced in the 19th and 20th century.

The 19th century houses are the most ornate and desirable, it seems to ex-pats for whom bigger is better.

a friends house on calle 47

a friends house on calle 49 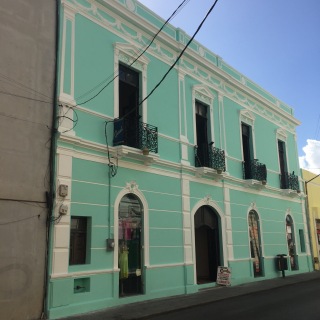 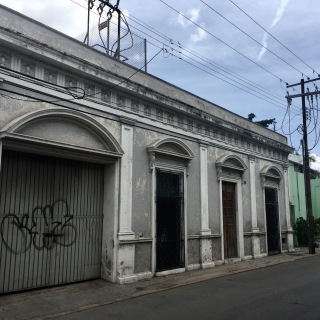 restauration of an old house now part of a school

When I came to Merida to live I heard that it had served in the place of Havana for Julian Schnabel´s film Before Night Falls about the cuban poet Reynaldo Areynas.  I need to rewatch the film and see how it was back in 2000.  The year before I came.

a corner in Santiago

Deco across from the Convent on calle 61 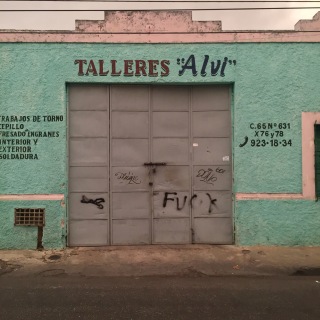 San Juan arch from the Park 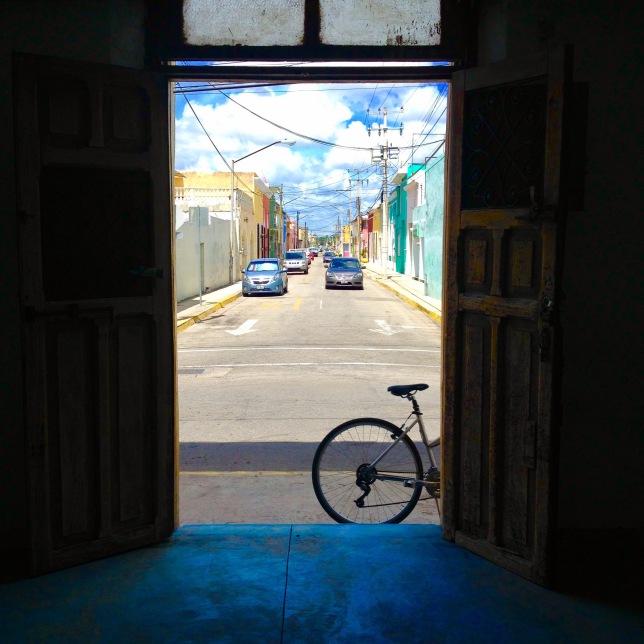 calle 63 from the Governor´s Palace