An hour or so from Merida depending on how many times you stop along the way you arrive at a crossroad with a sign to Uxmal. Instead of turning off the road  I recommend you drive strait through the town of Muna and climb the hill for a little detour with a majestic site overlook the Puuc hills.  It´s a little detour of less than 10 minutes but the change of landscape is welcome after the flat Yucatecan plain with no views through the dense tropical jungle.  After you pay your federal fee you get in a second line to pay your state fee and then you cross the plaza of shops and enter.  That´s when you see the Pyramid of the Magician so named by John Llyod Stephens after the tale he heard from one of the local Maya. I recommend you read Incidents of Travel in Central America, Chiapas, and Yucatan before you come to the Yucatan. 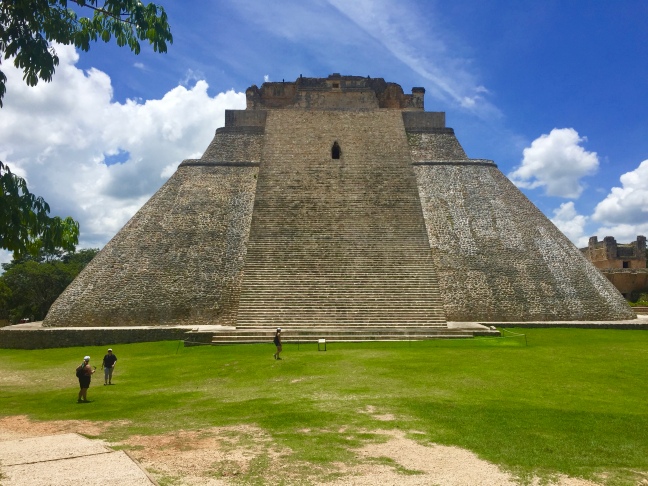 The staircase on the western facade faces the setting sun on the day of the summer solstice.  Uxmal translates to thrice built and there are two older pyramids concealed beneath the one we see today. 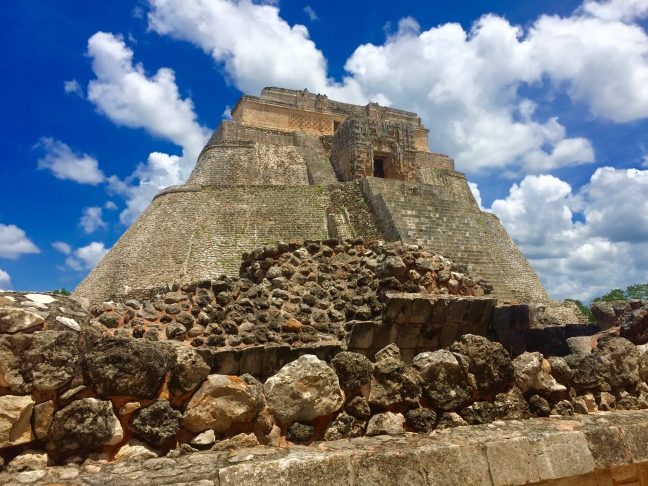 Next you pass through a corbel vault and wander over to the big rectangular plaza called the Nunnery by the Spanish conquistadors because it reminded them of a convent. 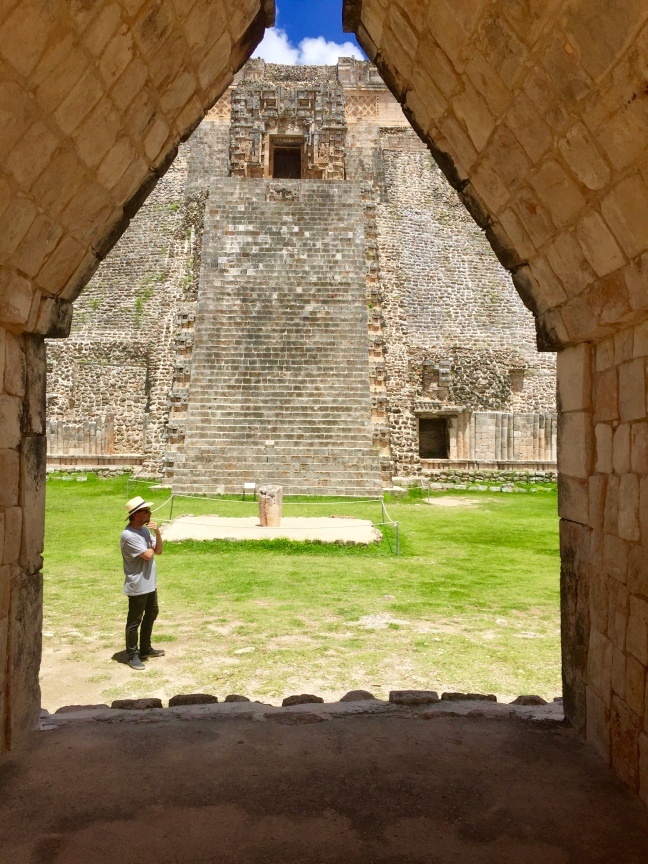 In 1863 when the Empress Carlotta visited Uxmal they removed all of the phallic sculptural elements from the facades.  Thankfully they have been restored.

Here we sat for a good half hour looking at masks of Chac, the rain god among the varied lattice work facades.  Eventually we found the energy to proceed.

Moving up the hill to the house of the turtles which you can see of the freeze of the facade. One of the many buildings now overtaken by the swifts and swallows.

I had heard the Great Pyramid was closed to climbing but as there were several people on top and no one was looking I climbed up to see the parrots.  If you are here early in the morning or just before sunset you are likely so hear them coming long before you see them flying to and from their roosts.

At the House of the Doves (or pigeons) one gets a better idea of what things looked about when the ruins were rediscovered in the early 19th century.  An unrestored temple has yet to be restored.

The Best of Yucatan Guide

where to do what with whom & when

vacation homes in the Yucatan

A daily selection of the best content published on WordPress, collected for you by humans who love to read.

The Art and Craft of Blogging

The latest news on WordPress.com and the WordPress community.